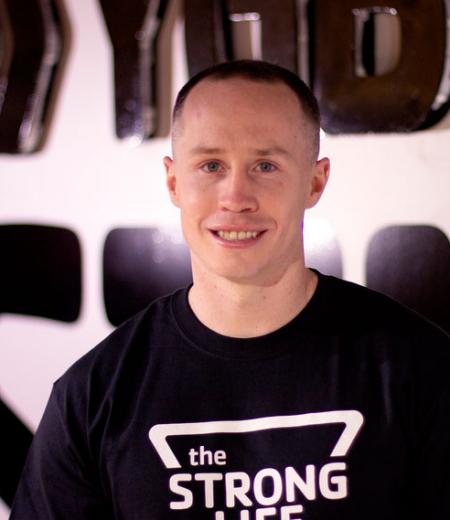 Brendan became a West Chester YMCA member as a child after moving from Philadelphia and has been a member ever since. He attended Henderson Senior High School (Class of 2007) in West Chester borough, where he played varsity basketball for the Warriors during their run of four straight Ches-Mont titles. After high school, he went on to graduate from West Chester University of Pennsylvania in 2012 with a bachelor's degree in Political Science. He continues to play basketball competitively all over the tristate area, as well as running obstacle course races at the competitive level up and down the east coast, qualifying in his age group during the 2019 season for the Spartan Race North American Championships in West Virginia.

Brendan fell in love with fitness during his college years, but truly began to embrace its importance after a devastating leg injury that he sustained during a basketball game. The injury brought him to within hours of losing his right leg. After three surgeries, and months of physical therapy, his therapists and doctors credited his quick recovery to his high level of physical fitness and his positive attitude towards working hard. Brendan did all of his PT “homework” at the West Chester YMCA.

Fitness should be equally fun as it is important. There is something for everyone. Try new things all the time, in and outside of the gym. You get out what you put in. There is no substitute for hard work. Be patient, work hard, enjoy the journey, and trust the process.